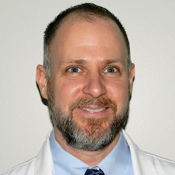 Brian Hardesty, RPh, MBA, Facility Manager and Owner
Brian Hardesty has practiced nuclear pharmacy for over 21 years in various settings and roles. He began his career in the independent space working as a staff pharmacist for Shertech Pharmacy Services. After two years, he began his 10-year career with Mallinckrodt serving as staff pharmacist, pharmacy manager/RSO, and marketing manager. His time in marketing at the Hazelwood, MO campus allowed him to participate in all business aspects and learn the intricacies of the manufacturing process/considerations of a large nuclear medicine manufacturer.  In 2006, he opened Radiopharmacy of Indianapolis, which is an active member of UPPI LLC, a trade association of independently owned and operated nuclear pharmacies. 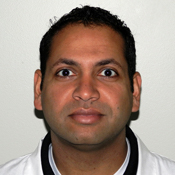 Yogesh Patel, PharmD, Director of Operations
Yogesh Patel has practiced nuclear pharmacy for over 10 years. He began his career in Chicago where he worked as a staff pharmacist for Tyco Healthcare/Mallinckrodt Diagnostic Services and served as a pharmacy manager in Pine Brook, NJ. In 2007, Yogesh joined Radiopharmacy of Indianapolis as a staff pharmacist. Between his time with Mallinckrodt and ROI, Yogesh has been able to gather knowledge in all aspects of nuclear pharmacy. 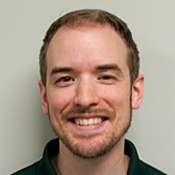 Shelby Koonce, RPH, Staff Pharmacist
Shelby is a 2013 graduate of the Purdue College of Pharmacy and has completed two 12-week summer internships with the team at Triad Isotopes (formerly Covidien) in Memphis and the team at GE Healthcare in Grand Rapids. After graduation, he took a position with CVS/Pharmacy and later accepted a role serving Indiana’s elderly and rehabilitation population at Skilled Care of Indiana as a long-term care pharmacist for just over three years. While he has spent some time since graduation practicing other disciplines of pharmacy, his previous experience will allow him to learn at an accelerated pace and become a key part of the ROI team. He joined ROI in September 2017. 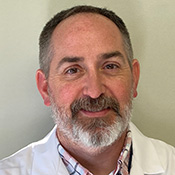 Joseph Stamm, Staff Pharmacist
Joe is a Purdue alum and has practiced in both Nuclear and Specialty Pharmacy during his career. He first worked for an independent nuclear pharmacy, Hot Shots, for 10 years. Starting in Davenport, Iowa as staff pharmacist and RSO and then moved to manage the pharmacy located in Peoria, Illinois. After that he moved back to Indiana and practiced Specialty Pharmacy for 13 years, working for Accredo. His focus there was supply and logistics resolution for patients impacted by manufacturer back-orders and large scale weather events located all across the country. During that time, he also worked part-time with ROI covering some weekends over a several year period. Joe joined the ROI staff in a full time role begining in April 2022.

News and Events see all »